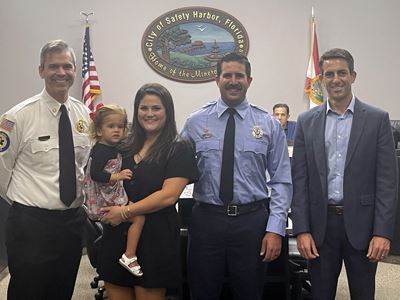 Mayor Ayoub facilitated the Oath of Office, and Firefighter/Paramedic Latour was pinned with a Safety Harbor Fire Badge by his wife, Layne.

Congratulations, Gavin and welcome to the Safety Harbor Family! 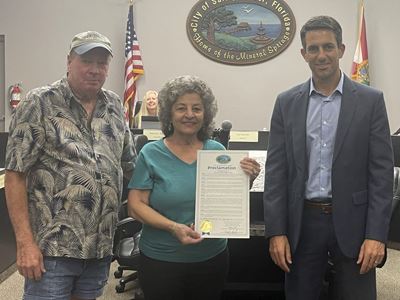 At last night’s City Commission meeting, the City recognized the Ritchie family with a proclamation declaring October 3, 2022, as The Ritchie Family Day, recognizing their dedication to Safety Harbor and in operating the Safety Harbor Motel since 1998. 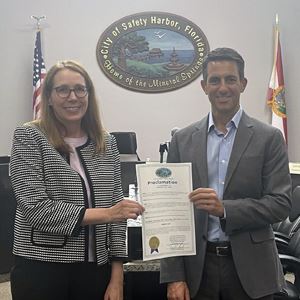 At the September 19, 2022, City Commission Meeting the Mayor and Commission recognized Arbor Day by proclamation. 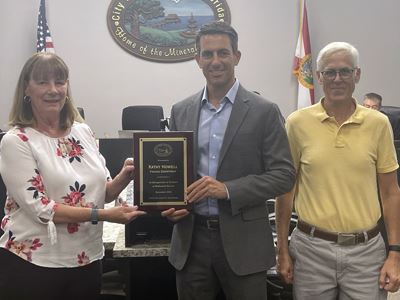 Please join us in congratulating Mrs. Kathy Howell (Finance Department) on her retirement after 10 years of service to City of Safety Harbor. Kathy was recognized at the September 19th City Commission meeting. Congrats to Kathy, we wish her all the best! 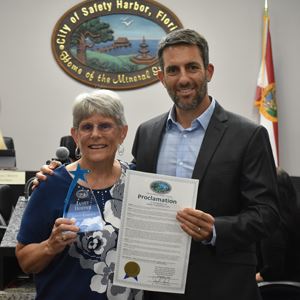 The City recognized retired Executive Director of the Mattie Williams Neighborhood Center, Janet Hooper for her many accomplishments and philanthropic efforts over the years, which touched the lives of hundreds, if not thousands of people throughout her career and time spent volunteering in various capacities. 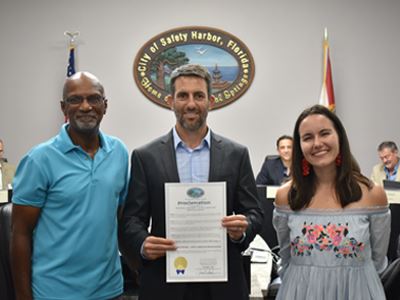 At the City Commission Meeting, Mayor Ayoub and the Commissioners recognized September 15, 2022, to October 15, 2022, as National Hispanic-Latino Heritage Month to celebrate the rich cultural traditions and honor the significant achievements of our Hispanic and Latino American Communities in Safety Harbor.

Each year, Americans observe National Hispanic-Latino Heritage month from September 15th to October 15th by celebrating the histories, cultures, and contributions of American citizens who came from Spain, Mexico, the Caribbean, and Central and South America.  The September 15th date is significant because it is the anniversary of independence for the Latin American countries of Costa Rica, El Salvador, Guatemala, Honduras, and Nicaragua.  In addition, Mexico and Chile celebrate their independence days on September 16th and September 18th , respectively. Columbus Day or Dia de la Raza, which is October 12th also falls within this 30 day period. 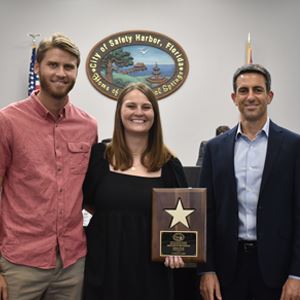 Congratulations to Jillian Cook (Recreation) for being named the Christopher Palmieri Employee of the Quarter, 2nd Quarter 2022. Jillian was recognized at the City Commission Meeting and was nominated by her co-workers for exemplifying the saying – “let what you love be what you do.”  Way to go, Jillian! 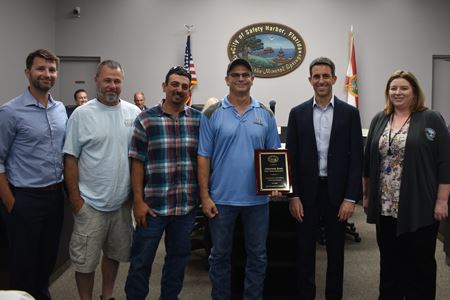 Please join us in congratulating Mr. Jon Byrd (Life Station Mechanic), on his retirement after 31 ½ of service to City of Safety Harbor. Jon was recognized at last night’s City Commission meeting. Congrats to Jon, we wish him all the best!

The Safety Harbor City Commission meets the first and third Mondays of each month at 7:00 PM in the Commission Chambers located at 750 Main Street.